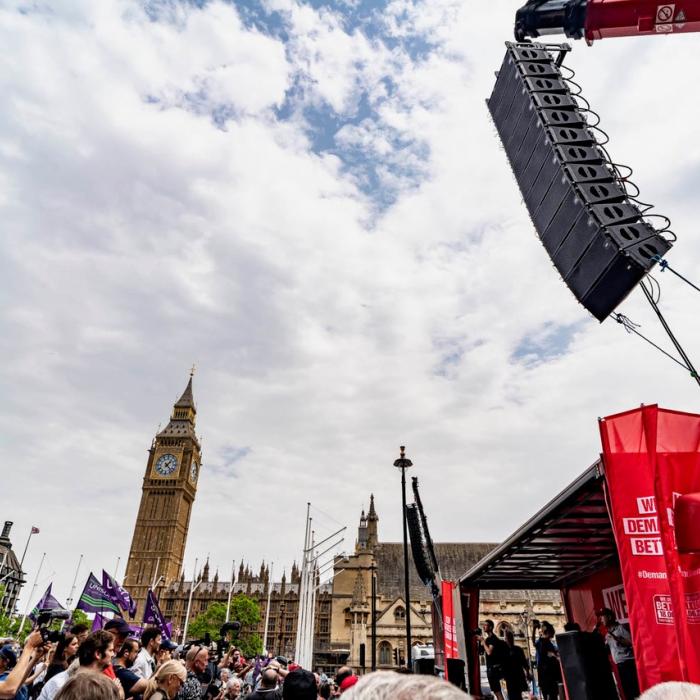 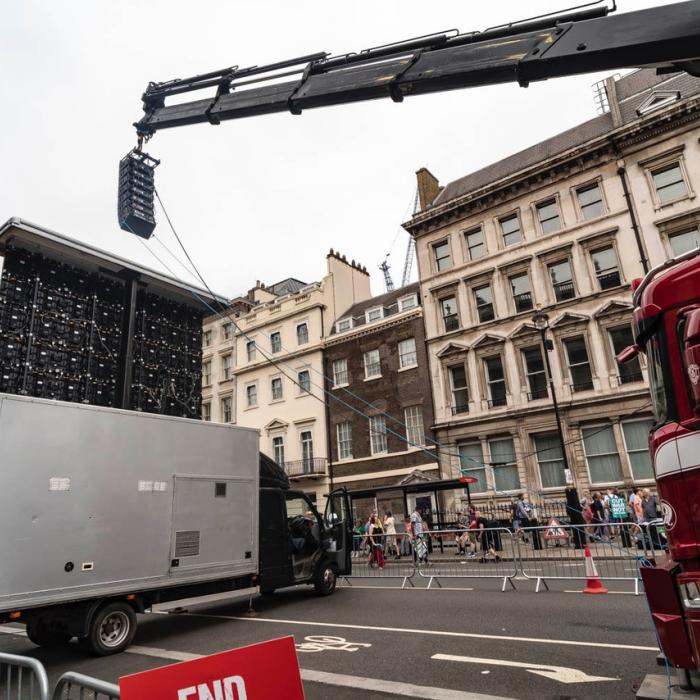 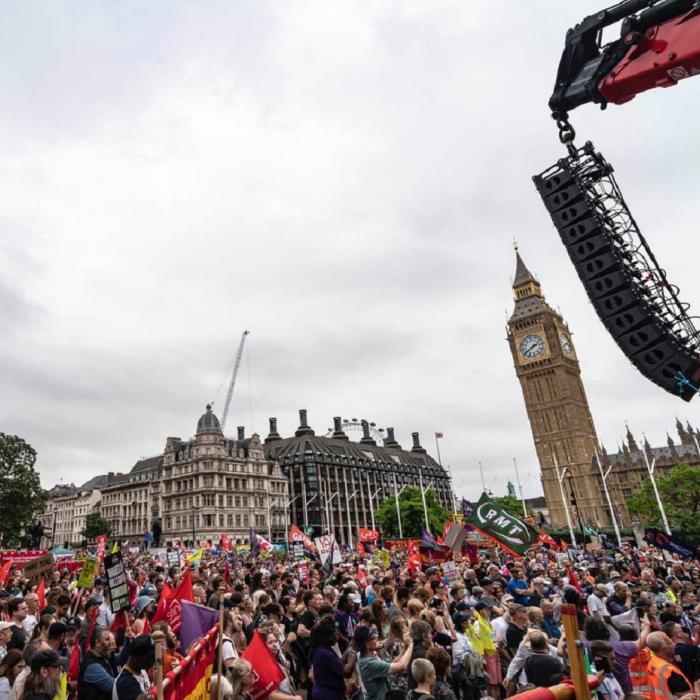 On 18 June 2022 thousands of people gathered in London to protest against the government’s lack of action in tackling the cost of living crisis. Protesters marched from Portland Place to Parliament Square for a rally with several speakers. Press reports estimate 40-50.000 people in attendance.

Paul Jones, director of Ethix Management & Event Production, comments on the use of the AED Audio system at this event: “The quick set up and rigging made AED Audio a pleasure to work with as we had a very tight time line for install due to the political rallies in Parliament square. Using the AED Audio software we were able to pinpoint exactly where to aim the sound without causing a noise disturbance and ensuring all attendees were able to hear all the guest speakers clearly on the day.”

Sam Vincent, audio systems engineer, adds: “Parliament Square during a protest would be a challenging environment for many systems, due to its incredibly quick rig time (about 15 minutes) and deployment but the precise directivity and power of the AED Audio range made it a success. Speech intelligibility was the order of the day. Using 12 FLEX6 a side for the main stage and a 6 box hang of FLEX 6 as a delay tower to fire up Parliament street as the protestors approached. There was good coverage of the square with a clear HF drop off just before the Road behind (to avoid reflection from the buildings behind). The 100 degree dispersion of the FLEX6 meant there was good coverage even at the extremes of the protest area. The 6 box delay tower was hung at 10m and was throwing very clearly 140m down parliament street over the noise of protestors chants.” 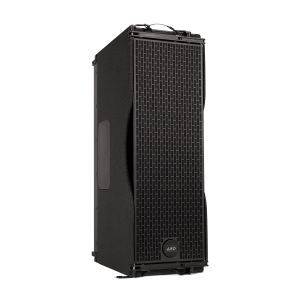